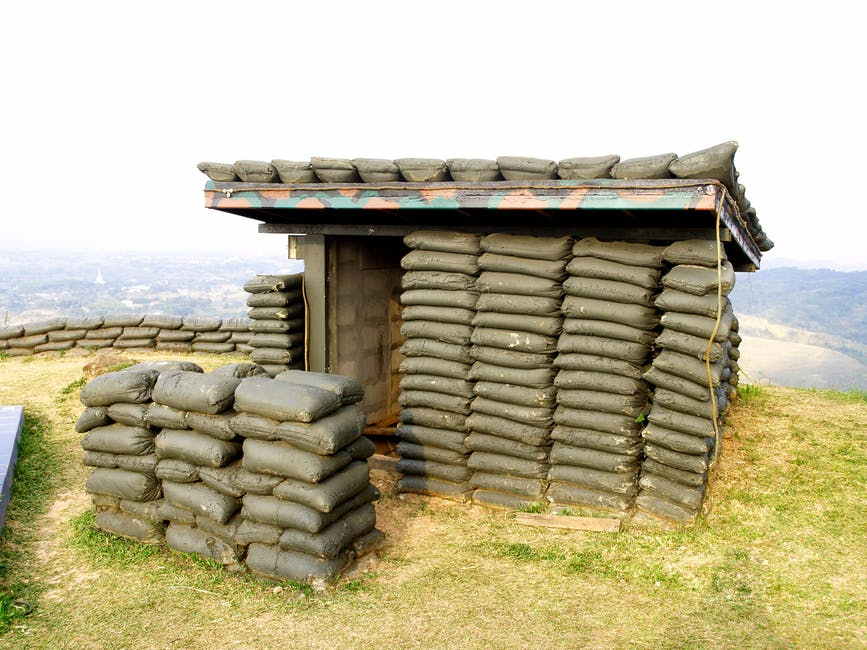 According to a recent CBS poll, 72 percent of Americans were uneasy about a potential conflict with North Korea. But concerns over a nuclear attack aren’t the only reason many people are preparing for the worst.

If you want to prepare for a natural or man-made disaster, a survival shelter could help protect you and keep your family safe. Learn ten convincing reasons for building a survival bunker.

Approximately 17 million people live in Tornado Alley. This area covers about 500,000 square miles and spans across a large part of the United States. If you live in this area, building a basement survival shelter or underground bunker could save your life.

Survival bunkers have thick, reinforced walls meant to protect you against high winds and flying debris. Plus, you can stock your shelter with food and water. During a tornado outbreak, you’ll have enough supplies to live comfortably even during a widespread power outage.

Although the best course of action is to evacuate during a wildfire, sometimes people don’t have enough time to flee. If you live in an area prone to wildfires, you might want to consider building a special type of bunker called a fire bunker.

The key is to have these shelters professionally installed. A DIY job here could be fatal.

After all, these shelters need to withstand incredibly high heat. Protecting your air supply is vital as well because fire consumes oxygen. If you’re not careful, you could suffocate.

Certain highly populated cities, military bases, and industrial areas are at risk as potential targets of a nuclear attack. For example, cities like New York and Washington, DC are high-risk areas.

If nuclear war does break out, you might want a backup plan to protect yourself and your family from the fallout.

Fallout shelters have been around for decades, providing people with peace of mind in the event of a nuclear disaster. A concrete and steel bunker room protects you from high-impact radiation.

But what happens after a nuclear strike occurs? Learn what to do next to protect and prepare yourself.

High tensions across the world often lead people to consider the worst-case scenario. If war breaks out, having an underground survival room could keep you and your family safe.

Bomb shelters are nothing new. These shelters can withstand high-impact blows and provide a safe and comfortable living space. Think of your shelter as an underground safe room to provide extra protection.

To many Americans, the fear of an economic collapse is a very real concern. If the economy fails and the value of our dollar drops to nothing, many people worry about a societal breakdown. This could lead to riots, looting, and violence.

CMEs (coronal mass ejections) even emit dangerous radiation. But by hunkering below ground, you can protect yourself against these high levels of radiation. Covering the roof of an above ground fallout shelter with ceramic tiles can also protect you against high levels of heat.

In simple terms, civil unrest is when a peaceful society falls apart. Various factors can lead to civil unrest such as an economic downturn, widespread panic, or national political unrest. Common concerns are riots, unlawful behavior, and violence.

A survival bunker is similar to a panic room, which protects your family in the event that someone breaks into your home. If something causes civil unrest, protect yourself by having a secure location to move to.

In addition, it’s a good idea to lay out a plan beforehand to prepare yourself. Get to know your neighbors and stock your bunker with essential supplies and tools or goods you could barter.

Similar to a CME (coronal mass ejection), an EMP can disrupt or damage electrical devices. That means communications could shut down and accessing fuel and supplies would be difficult, causing some to start to panic.

A sun-based EMP is the biggest threat, but a well-stocked survival bunker would provide you with a safe space to wait out the chaos.

Hurricanes and other natural disasters can often come without much warning, and it isn’t always possible to evacuate. But you can be sure you’d be safe in a survival bunker.

Not only are bunkers protected from the high winds and dangerous debris from hurricanes, but they’re also good places to hunker down. Hurricanes often knock out the power, leaving thousands without electricity or access to food and water.

Having a well-stocked bunker means you and your family could ride out the situation in your own backyard. You’d have light, food, water, and medical supplies on hand.

The definition of a pandemic is an outbreak of a disease that spreads very quickly over a large geographic region. Pandemics often have high mortality rates. For instance, in 1918, the Spanish flu pandemic killed between 20 million to 50 million people worldwide.

Because pandemics spread so quickly, it’s easy for people to start to panic. With the popularity of air travel, many experts agree that another influenza pandemic could spread more quickly than in the past.

A pandemic could be disastrous, but isolation could protect you from the infected masses.

Building a Survival Bunker Could Save Your Life

Although there are many possible threats out there, you don’t need to panic. Having a disaster plan in place and building a survival bunker gives you the added protection you need. This way, even in the event of a major disaster, you and your family can stay safe.

For the best results, you should have your bunker professionally installed. It’s costly, but worth it as a form of extra insurance.

Wondering how to stock your survival bunker? Check out the rest of our website to browse our picks for the best outdoor survival and hunting supplies on the market.