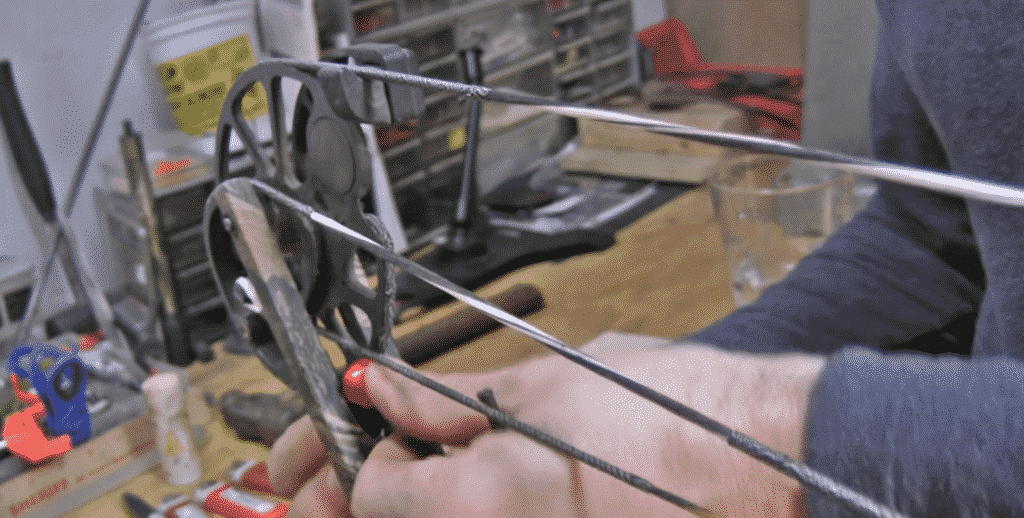 Many people keep thinking that stringing a bow is very easy but it is just easy when seeing. In reality, there must be the true procedure to bow deftly lest some sudden accidents may occur. This article will give you all the instruction of how to string a bow.

In contrast to the longbow, the crossbow can be used without training. The users do not need to use one hand to pull the string back while aim, which means they can aim easily than the longbow. On the other side, hunters can load their crossbows long before shooting. Thus, they are able to shoot immediately when they need. However, this hand-held weapon cannot offer 2-5 times of shooting like the longbow.

Stringing a crossbow is as difficult as the longbow. It is even dangerous. Thereby, you ought to know what exactly you are doing when string the crossbow. There are 2 methods which are strung by hand and string by crossbow stringer.

String a Crossbow by Hand:

This method requires focus on the strength of your hand as much as possible and it is also the easiest way if you do with a lower draw weight.

String a Crossbow by crossbow stringer:

This way is usually encouraged to use as its safety.

With the recurve bow string, there are 2 methods to string. They are strung by hand and string by the bow stringer. String by hand is rather quick and easy. However, it is a little bit dangerous. So we highly recommend the method of the string by a bow stringer to keep you safe as much as possible. And here are all the steps:

In ancient times, the longbow was used as an animal hunting tool as well as a military weapon. Soldiers were trained professionally to use this for the wars, and hunters were taught skillfully to hunt for food by bending the bow down. String a longbow is rather difficult and if you do not know how to do, you may hurt yourself.

Below is the instruction: