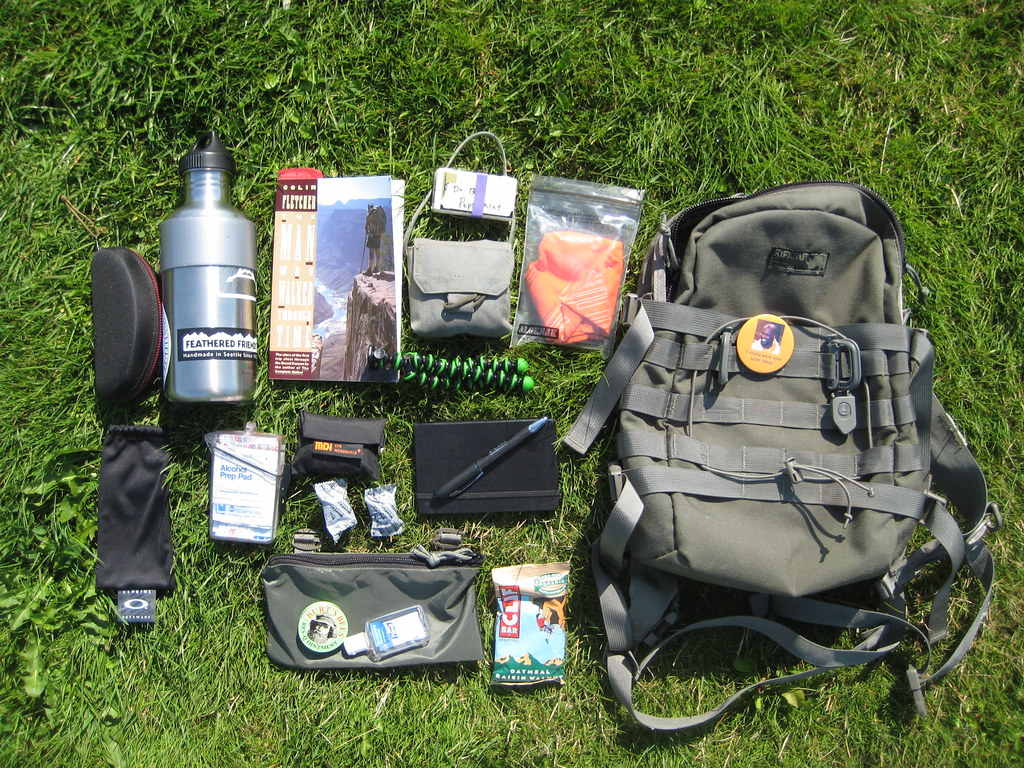 I did a piece on a survival backpack that does form the basis of a decent survival kit just last week.

But then Hurricane Irma happened.

I’m based in the Dominican Republic and I got to experience a full-on natural disaster.

We lost the electric, water, power and we were reduced to the same state as the people you see in far flung corners of the globe.

We were those people, at the mercy of the elements and a government struggling to react to forces way beyond their control and even their level.

I wasn’t homeless, thankfully, but I was cut off from all the basic supplies.

What Do You Need In A Disaster?

It made me realise what I needed. It showed me the things that would make this ordeal 10 times more livable.

It got me thinking about the ultimate survival backpack that we should all have ready to go.

That backpack just isn’t enough. So I’ve made my own five-day survival backpack that kicks the shit out of anything I can find on the web.

This is the pack that will get you out of almost any emergency. It’s overkill if you’re stuck at home, but not by much, and it means that whatever happens you will be covered.

You hope you’ll never need this pack,  but if you do then it could well save your life.

Let’s start with a proper backpack. You’re going to be putting a lot of shit in here, and one person needs to be able to carry it, so you need all the help you can get.

You could also face the fact, a natural disaster could leave you outside for a few days, a week or even more.

If you can’t carry your things, you lose them.

If water gets in and seeps from one compartment to the other, then everything is getting wet.

So invest in a proper rucksack. Go overboard if anything, and never regret the bag you chose to trust with your life.

This one, aimed at mountain climbers, has a sprung metal frame to spread the weight. It also has a massive capacity, proper waterproofing both inside and out and a load of places to hang extra gear.

Candle light sucks. It’s that simple, and you want to charge your phone, because that can while away the hours while you wait for the electricity to come back on. Light and power are two basic requirements that can change your world.

Of course, this wind-up torch can’t power your house, or your TV, but it can charge your phone as well as bathing the room in light. If you’re stuck outdoors then light and the information that a radio can provide, together with the phone charge, could make the difference between life and death.

It might sound a bit weak to say we rely on our phones. But we really do and your smartphone could provide the best solution.

This charger, then, is a cornerstone of your survival pack. Don’t be tempted by the more expensive radios. They largely have flimsier handles that could snap and render the whole thing useless. Of course, you’ll have superglue packed. But it’s better not to break anything in the first place.

This powerbank also comes with a solar panel, which will save you a bit of work and could keep the radio running and a phone charging on a sunny day.

This lightweight, three-man tent weighs just 5.44lb, so it can hang off your backpack and be ready to rock at any time.

If you ever need it, then it will be the best investment you ever made.

Nobody wants to live in a tent, but we’re talking extreme circumstances here. Think zombie Apocalypse, or disease wiping out the civilized world.

A tent doesn’t seem so bad now does it?

This is a shelter you can put up in minutes and be out of the rain.

The customers seem to love this tent, although they say it’s more of a big two-man than a genuine three-man item.

Still, for the weight, and the price, we think this is one of the best things you can have in your pack.

Your sleeping bag will keep you warm in the worst conditions. So get a good one that’s aimed at pro mountaineers.

They’ll be light, warm and waterproof, which is basically what you need right now.

This is one of the cheaper ones. But we think it will do the job unless you head for Alaska, or you start in Canada.

Get off the cold floor and on to an air-filled pad that will make the world of difference to your life if you’re out on the road.

Make camp anywhere with the sleeping pad for camping that’s water and rip-resistant! The nylon material’s flexible and noise-free since it’s treated with abrasion-resistant TPU. Neither twigs nor rocks will puncture your new sleeping mat! Plus, it remains inflated throughout the night so you don’t wake up on the ground!

It squashes down to almost nothing and weighs just over 1lb, but you will be grateful you bought it every time you lay your head down.

You can and should order a couple of the simple Lifestraws to add to your pack, but the Lifestraw Family Water Purifier is the coup de grace.

This can literally turn ditchwater into pure drinking water, for a family of four, for up to three years.

You can pack more, but three years seems long enough to find clean water. If you can’t do it by then, the world is probably fucked beyond repair anyway.

You can spend more on a knife, but you can pretty much do everything with this one.

You can stab people, saw stuff, cut your way out of a life-threatening situation and it comes with a few assorted goodies in the handle.

The fishing hook and line could prove useful and the matches are a back-up, if nothing else.

This isn’t just a beast of a tactical flashlight, you can also use the baton to ward off aggressive animals or people. Or you can go nuclear and power up the stun gun that is hidden in the torch.

It’s another line of self-defense and the crackling noise should be enough to scare most animals off.

If you need to use it, then even a bear wouldn’t fancy getting zapped again. If you get that close with a bear, this is pretty much your best chance at a peaceful outcome too.