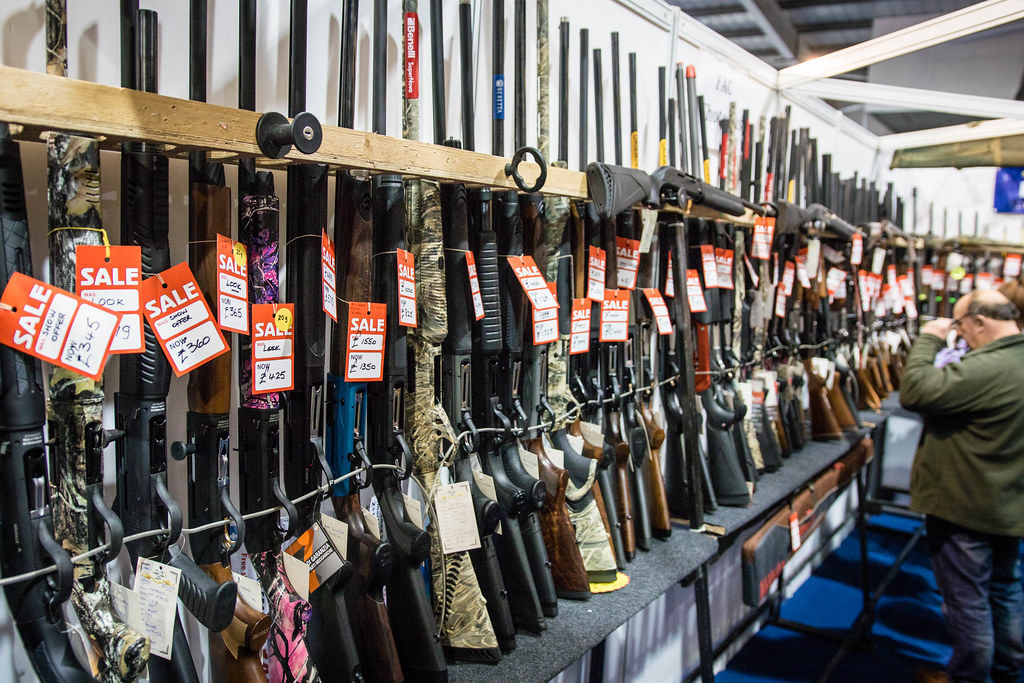 Semi-automatic guns are those which can fire the cartridge in the chamber, extract and eject the empty case, and load a new round into the chamber (if one is available in the magazine), each time the trigger is pulled.

Most semi-autos will also cock the gun at the same time, but some semi-auto pistols do not.

The semi-automatic is one of the most wonderful actions in the world – when it works. Some designs function perfectly almost always (the AK-47 comes to mind). Others are more finicky and have been known to cause problems. As with anything, not all semi-autos are designed nor created equal.

Accuracy with a semi-automatic rifle will vary from terrible to fantastic, depending on the rifle’s condition, design, and type of ammunition used. The semi-auto may be the least consistent of all rifle actions, from one model to the other.

Semi-auto pistols are similar in that some are not accurate, while others are. Some are dependable, others are not.

John Browning proved about a century ago that a semi-automatic pistol could be made to be extremely reliable, and accurate enough for military use… but this is not always the case.

Semi-automatics only fire one (1) round per pull of the trigger. They are NOT machineguns.

Semi-automatic rifles and handguns can be very useful, and are not machine guns, despite what you’ve seen on the evening news.

Semi-automatic rifles have gained a bad reputation in some circles – mainly through ignorance – but autos have a valid place in the hunting world, and are much faster and easier to use than other types of rifles. I spent my first twenty years of deer hunting using a semi-auto, and in doing so I learned just how good and dependable an automatic deer rifle can be. The reduced recoil helps, too! Here are some of the best semi-automatic deer big game hunting rifles ever made.

This little gem tops my list because I used it almost exclusively as my deer hunting rifle for about two decades. Although this model is no longer being manufactured, I just had to include it because of my long and pleasant history with this rifle. With its handy carbine length and the hard-hitting 44 Rem Mag cartridge, this is an excellent gun for brush use at ranges out to 100 yards or so.

Remington semi-autos are probably the most popular big game rifles of their kind. Long the most affordable semi-auto deer rifle when it comes to high-powered cartridges, they have held their ground through various Models such as the 74, 740, 742, and 7400. While I’m not a big fan of Remington centerfire autoloaders, a lot of hunters are, and they have taken a lot of game over the years.

Since its introduction in 1967, the Browning Automatic Rifle (BAR) has set the standard for autoloading centerfire hunting rifles. Known for excellent accuracy and dependability, the BAR also lives up to Browning’s reputation for high quality and usability. For decades, it was the only commercial auto chambered for magnum cartridges. Long Trac and Short Trac versions signify a newer generation rifle, which bears little resemblance to the original. The BAR is available in calibers from 243 through 338 Win Mag.

When Ruger discontinued the Model 44 in 1986, it left a vacuum in the rifle world. No rifle compared with the Model 44 Carbine as a fast, hard-hitting brush gun. Fourteen years later, Ruger again produced a semi-auto carbine in 44 Rem Mag, though of an entirely new design. Similar in looks and size, the action is different and not as scope-friendly, but it will hit ’em just as hard. Sadly, the model 99 was discontinued in 2007.

The Benelli R1 semi-automatic rifle was introduced in 2003. Benelli is a respected name, well-known for their excellent autoloading shotguns. Reviews of this odd-looking rifle sounded promising. The R1 is available in 30-06, 300 Win Mag, and 338 Win Mag. Tactical versions in 5.56x45mm NATO also listed in 2013.